The Germany Seminar 2017 was a fantastic experience. In the image above, you see Marco Hildebrandt getting his certification to instruct—and prep new students for certification—in the Rebel Wing Chun, Weapons, and Core JKD system.

Also certified were Ninja for passing her Level 1 testing in Core JKD, Rebel Wing Chun, and Weapons and Ohm for her Instructor Certification in the same systems. These women inspire!

More video and images are on the way. A BIG, BIG thank you to Katrin and Freya for helping to keep us organized, fed, and on our toes. 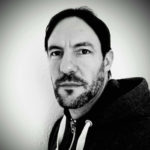 Ming is an all-embracing fighter and the bettest Instructor for realistic Martial Arts Training. He has such a kind way to communicate techniques and is an excellent observer who really knows what you need in order to improve yourself. Ming END_OF_DOCUMENT_TOKEN_TO_BE_REPLACED

Starting with Core JKD over this past summer with Ming has been great for me in regards to the strong instruction and guidance regarding the art itself along side the friendly people I've had the privilege to develop with. Instruction END_OF_DOCUMENT_TOKEN_TO_BE_REPLACED 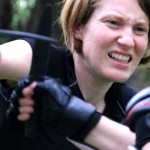 Ming has an assuring, supportive presence with a twist of challenge. He demands perfection, which can be intimidating at first, but the deeper meaning is that he believes everybody can reach his expectation. He doesn't give up on people, which END_OF_DOCUMENT_TOKEN_TO_BE_REPLACED 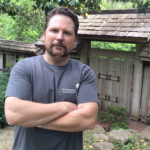 Whatever the reason you have decided to train in the martial arts; self defense, health, or camaraderie, you can find them all at Core JKD. But first and foremost you will be able to defend yourself and your loved ones END_OF_DOCUMENT_TOKEN_TO_BE_REPLACED 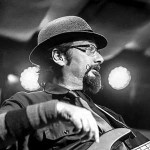 For the past several months I have witnessed firsthand the curriculum and personnel at the Core JKD program. I personally am well verse in many styles and approaches of various self-defense systems. Core JKD displays in my opinion, the only END_OF_DOCUMENT_TOKEN_TO_BE_REPLACED 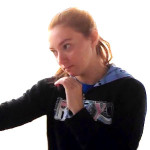 Everything trained at Core JKD is done for a purpose. The curriculum is composed only of what works, dismissing unnecessary or inefficient methods. Shaun breaks down each lesson to instill a thorough understanding of the material, explaining the body mechanics, END_OF_DOCUMENT_TOKEN_TO_BE_REPLACED 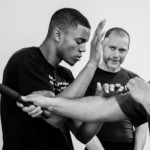 When I first came across the Core JKD studio in Tampa, it was by complete accident. I was delivering pizza at the time, trying to stockpile as much cash as I could to support my family. On one particular delivery END_OF_DOCUMENT_TOKEN_TO_BE_REPLACED 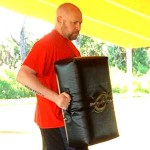 Core JKD has made a huge impact in every aspect of my life. I am stronger, more focused... I trained for many years under Ed Maley at the iconic Florida School of Judo, so when I set out to find END_OF_DOCUMENT_TOKEN_TO_BE_REPLACED 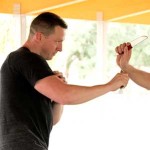 Finding an instructor like Ming is a life-changing experience.  Having trained in other systems, I was completely unprepared for Core JKD.  With all due respect, most systems spend 95% of their time training techniques that will work about 1% of END_OF_DOCUMENT_TOKEN_TO_BE_REPLACED 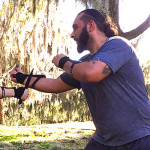 The ultimate reason for me joining CoreJKD was to gain knowledge to better protect my family and myself. I'm passionate about a more intense art form to share with my son. So basically I found what I was looking for.  END_OF_DOCUMENT_TOKEN_TO_BE_REPLACED

I have found the training and teaching methods in Core JKD to be of the highest quality for the martial artist who wishes to add more realistic skills to his or her self-protection toolbox. The pragmatic principles of Core JKD END_OF_DOCUMENT_TOKEN_TO_BE_REPLACED

At Core JKD, the instructors recognize that each movement/technique has a proper time and place which depends on the context of attack. They teach you WHY you need to move your body in such a way in addition to the END_OF_DOCUMENT_TOKEN_TO_BE_REPLACED 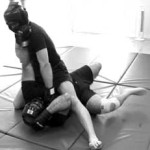 Core Jeet Kune Do is one of the most realistic programs I have ever trained in. As a Florida Department of Law Enforcement Certified Defense Tactics Instructor, I have received advanced training from some of the best instructors out there. END_OF_DOCUMENT_TOKEN_TO_BE_REPLACED

On our Core JKD Kicking and Boxing DVD: "Core JKD did an outstanding job. You should be proud of putting out such a quality product. The explanations are concise, touching on main points that make the development of a technique END_OF_DOCUMENT_TOKEN_TO_BE_REPLACED

Core JKD curriculum is by far the best practical, realistic system I've experienced. You will learn how to defend yourself in any real world situation. I've practiced martial arts of some form on and off for years and I continue END_OF_DOCUMENT_TOKEN_TO_BE_REPLACED

Tired of the ego-based training that fills the internet? You know, the training that doesn't change because it's always been done that way?

Because it's easy to yell and look tough with biceps bursting and tattoos meant for legitimizing what they are saying. Seriously.

Regardless of whether or not you have tattoos or a loud voice or weight 250lbs and can tear phonebooks in half with your meaty palms.

Ever have a girl of 135lbs put your head on a swivel from a hook that is more powerful than a man a hundred pounds heavier? Yes, really. We do that. I train my students in such ways.

And no, this isn't the Defeat An Attacker In 3 Simple Steps bullshi* that also fills the web. These con-persons like your money and will say anything to get it.

I have a reputation. I want you safe. It comes from seeing too many people being abused for just wanting to be themselves.

It comes from my being raised with 4 brothers and 4 sisters and wanting them safe.

It comes from my having to spend the majority of my early teaching days beating up egos left and right—before the person would realize that the ego doesn't give them fighting ability.

That sort of thing gets old.

I don't do that anymore. I tell people with an egotism that there are plenty of other places that will train them.

What a novel idea: Train to learn how to defend yourself.

Not train to showcase your ego.

That's why I created Core JKD and Rebel Wing Chun.

For the person who knows what they want.

For the person who has been through other martial art systems and still can't fight in a real threat scenario.

I've trained them all. People with double black belts in other systems. Military, law enforcement. People I can't even mention because of their secret occupations.

They all had one thing in common: They were STILL seeking someone who could teach them how to defend themselves in real situations.

You probably know what I'm talking about.

You can check me out on Youtube to see my teaching style.

What really sets me apart is what I know about the human individual, physics, and efficiency in life-threatening situations.

I don't have an egotism that gets in the way of making sure YOU get the best education that will help you.

If you like what you see and what I have to say, well, there's plenty more that I don't put up on Youtube.

Those videos are below.

I wish you well in your search, 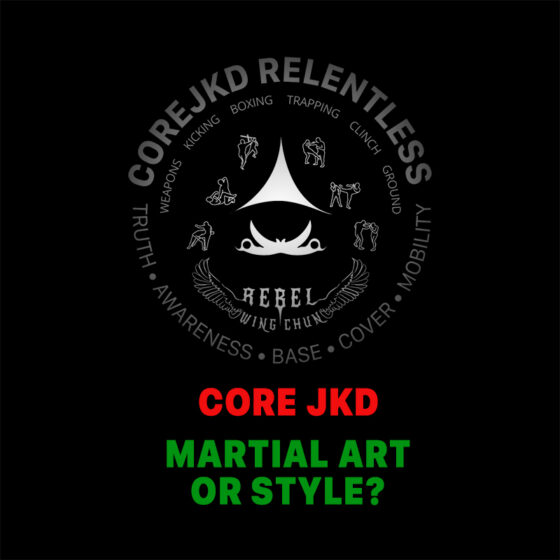 Core JKD is a complete martial art in that it has a specific ground-up... 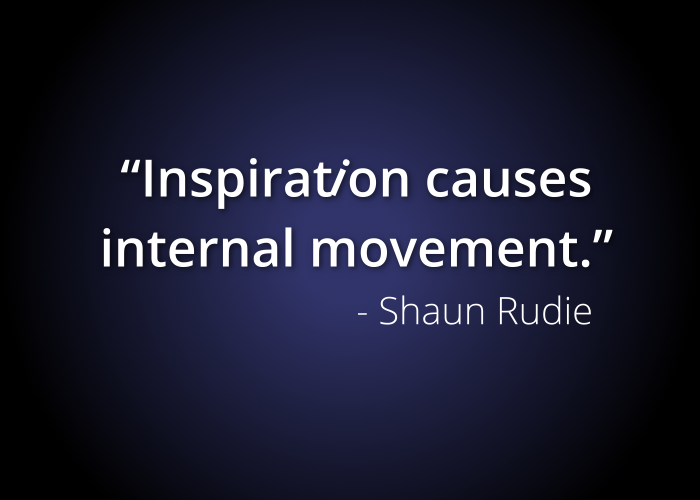 Inspiration moves usInspiration can come from being frustrated by something that goes against our grain.It... 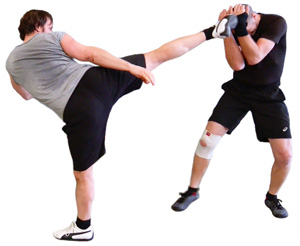 Here’s a question for Core JKD.Why would you train high kicks or kicks that seem... 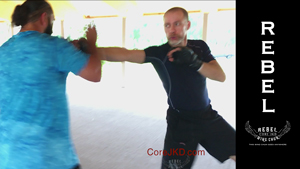 Last week I received a question from YouTube subscriber, Timonsaylor:   I have to ask:... This is to address the issue of how to train properly for groin strikes in... 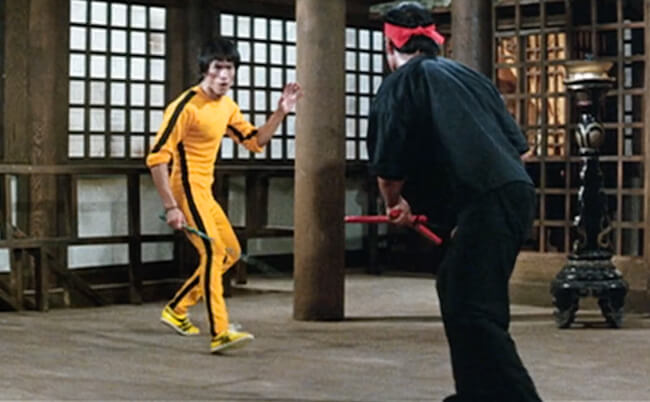 Methods of fighting have changed over the years. This is something that has to occur... 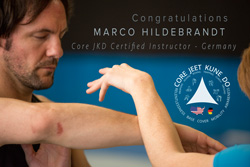